Antiquitas Pictures is an independent production company dedicated to the art of storytelling. We produce meaningful content that enlightens the soul and feeds the mind through cinema by seeking truth within ourselves, our lives, and events that transpire around us. We aim to bring that truth to the screen with innovation and a passion for historical, adventurous, and mystical tales that transcend time and place. Our stories aspire to teach us who we were, who we are, and who we can strive to be.

ANTIQUITAS PICTURES (formerly Silver Square Productions) was founded by actor/filmmaker NEVIN MILLAN.  It is his vision to make films that touch the heart, bear the soul, and leave the viewer intellectually, emotionally and viscerally affected. Nevin has been passionate about films since he was a child fascinated and inspired by movies on the silver screen. From the sweeping, epic scenes in LAWRENCE OF ARABIA, SPARTACUS & BEN-HUR, to the grit and lore of CLASH OF THE TITANS. From the buoyant adventures of INDIANA JONES, E.T., & STAR WARS, to the heartfelt dramatical truth of GLORY & SCHINDLER’S LIST. And there’s the inspiring masterpiece work in GANDHI, THE GODFATHER TRILOGY, BRAVEHEART & GLADIATOR, and more recently, the LORD OF THE RINGS trilogy, that left lasting impressions regarding great storytelling. These are the types of films that captivated and influenced him growing up, and it’s these types of stories ANTIQUITAS PICTURES aspires to create.

Through pursuing his career as an actor in Los Angeles, Nevin’s ingenuity, ambition and serendipitous path-crossing led to his pursuit of filmmaking. Beginning in 2005, he and writer/director Trent Moran began filming their first short film, BALANCE, which screened at the 2006 LOS ANGELES SHORT FILM FESTIVAL. In 2007, Nevin’s short film adaptation, IN ANOTHER TIME, based on excerpts of the acclaimed theatre play, INTIMATE APPAREL, also screened at several film festivals to rave reviews.

In 2008, Nevin teamed up with Georgian filmmaker, Nikoloz Khomasuridze, to shoot the short film DIDGORI: LAND OF SACRIFICED KNIGHTS in Tbilisi, Georgia. The historical epic story from Georgian culture was brought to film for the first time with the intention of developing and garnering interest for a feature epic version. find out more

Continuing with the momentum of success with the short film format, Antiquitas Pictures is developing several feature film and television projects. find out more

Motto: “Honor is the Reward of Virtue”

Untitled “Road Trip” Feature Film: A man goes on a soul searching road trip of adventure across the US and reconnects to the memory of his deceased mother while thwarting nefarious adversaries and finds himself along the way.

Untitled “Croatian Romantic Dramedy” Feature Film: An American man inherits property in Croatia from a distant Croatian relative. When he travels there to investigate, he finds himself caught up in the middle of social, political, and cultural adventures that he must navigate through and come out a new man.

WARRIOR OF HONOR – Georgian and Russian tension affects three generations of a Georgian family as their patriarch, Sandro, attempts to keep them all together amidst turmoil and war.

DIDGORI (feature) – In a time of alleged relative peace and tranquility between the tumultuous First and Second Crusades, King David IV of Georgia led 56,000 Georgian warriors, elite Sacrificial Knights and members of the Knights Templar against all odds in combat against 500,000 Seljuk Turks and the Arabian Coalition. The outcome of this epic battle in 1121 A.D. in the Kingdom of Georgia, on the Didgori battlefield, would determine the fate of Jerusalem and all of Christianity. Based on true historical events.

THE GOOD MORNING – In 1945, during the waning days of World War II, a young Croatian family is ripped apart amidst the confusing, erratic political climate resulting from fascist Axis occupation of Croatia at the hands of Ustashe leader and Nazi supporter Ante Pavelic, and ravaged further by the invasion of Josip Tito’s equally malevolent communist Partisans. Forced into brutal camps of displaced refugees, the family strives to overcome adversity and war torn terrain, hoping to one day reunite. Based on a true story.

EARTH & SORROW – Western – In the early 1800s, A young Native American couple are sent from their village to seek assistance to help cure the disease that is ravaging their tribe.

UNITED WE STAND – Based on a story from the American Revolutionary War.

THE MIRACLE NINE – In 1936, a crew of nine American rowers take on the Nazis in front of Hitler and 75,000 screaming Germans in the story of the greatest race in US Olympic history.

We produce film, TV, and creative content. We bring ideas to fruition from concept cultivation and see them through to all levels of production and distribution. 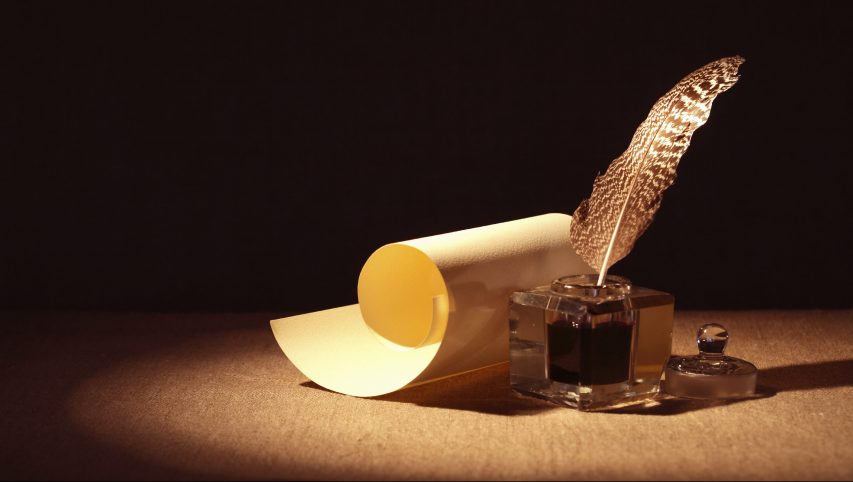 Our team of experienced writers bring ideas to the page with creativity, vision, and a literary prowess by harnessing humanity’s collective knowledge and inspiration from the Muses. Our expertise in storytelling manifests in screenplays, teleplays, pilots, story bibles, short films, commercial copy, and more.

We consult productions on their scripts, production, pitch packages, distribution, pre-sales, marketing and co-productions. Need help cleaning up that pilot script? Need a pitch package that really grabs the attention of investors? Need consultation on the creative direction of your project? We’re your team.

We'll send out occasional newsletters and information about our films, development, publicity, and more.